HALLOWEEN EDITION – NOT FOR THE FAINT=HEARTED

So far I’ve  focused on combating the obvious propaganda being used in this Plandemic: the jabs, the masks, the rubbish PCR tests, the disastrous lockdowns and so on, but I have come to realise that there is a deeper and darker aspect to this agenda.

David Icke has long maintained that the world is run by a Satanic cabal, under the guise of freemasonry. 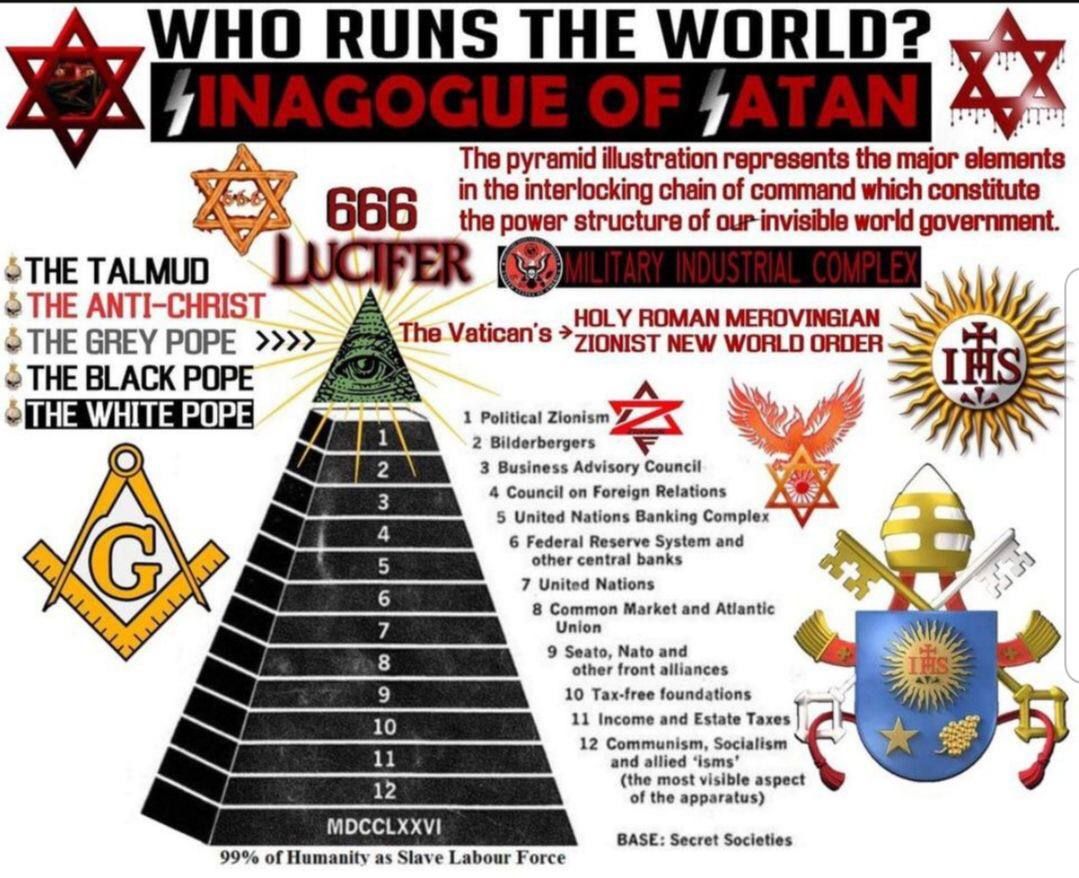 I’ve been aware of this idea for a long time but never really seen anything convincing… and I may possibly have lost a few of you already!!  However, this testimony by Altiyan Childs, the man who won the Australian X factor in 2010 is fascinating.  As a major celebrity he was initiated into the Freemasons and went along with it all until he had a Saul on the road to Damascus moment. He has broken his vow of silence and is now risking his life by speaking out about who they are, what they do and the threat they pose to life and humanity.

It is very long (5 hrs). (some bits of it you can whizz through – masses of photos of celebrities doing the signs!)  He talks about the initiations, the ritual sacrifices, the symbolism and how it is everywhere.  Anyone who is anyone in the world – the major political leaders, religious leaders, thought leaders and celebrities are all part of this same cult.  At certain levels it can seem relatively harmless – or even a force for good – but it is clear that as one rises up through the ranks of freemasonry its true nature becomes clear.

He talks about the all seeing eye, the Pyramids, the square and the compass signs – and how they are at the core of the agenda for a New World Order.

Altiyan is a Christian and an articulate one.  I’m sure many of you – good rational libertarians as you are – may take issue with some of what he says (I would take issue with some of it) but, there is another documentary which corroborates a lot of this, (which I have shared with you before) made by two guys who were Stunt Men in Hollywood.  One of them says in this documentary (Out of the Shadows) that he didn’t believe in God until he saw the reality of Satan.

It so happens that the National Academy of Television, Arts and Science (based in Los Angeles) is SATAN spelled backwards.  It could just be another coincidence but if you watched Altiyan’s testimony you will have begun to understand how important the naming (spell-ing) of things is and the symbology which is everywhere.

Hollywood is awash with Satanism – Listen to Mel Gibson’s testimony

She is standing outside Windsor Castle where much of the abuse took place, and according to her the Queen and Prince Philip were present at these rituals.  This is shocking stuff.

I believe this because I actually had a woman who was a client of mine about ten years ago or so who told me a similar story – it was very hard to take in at the time, but I came to believe that she was telling the truth.

So, can you see the signs of the New (Satanic) world order in the world around you?

Siri is Isis – the all-seeing eye of the Freemasons 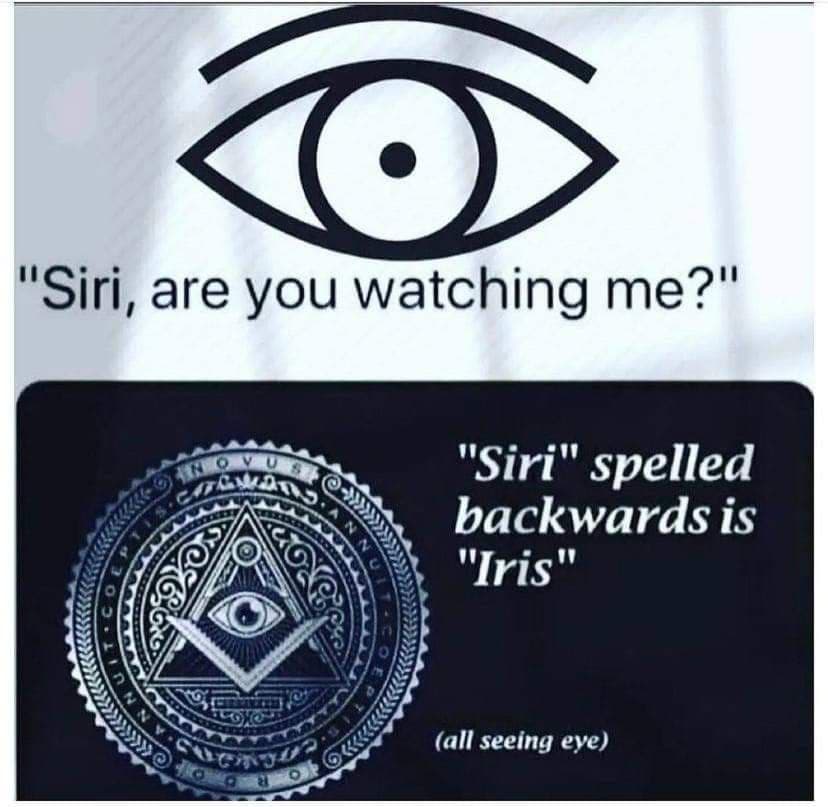 Just look at all the films that are coming out at this time and the film titles.

Universal Pictures bought the rights to The Exorcist and plan to make three new films in this franchise as their ‘flagship’ offering.  Really??  The first one is already out titled “Halloween Kills”…

“ Many horror movies become frustrating as characters make daft decisions, putting themselves in unnecessary danger. But Halloween Kills intriguingly suggests these characters are almost doing it on purpose, lining up to be cannon fodder as a way of processing their deepest fears. Easier to come to a nasty end than live your whole life terrified…”

They couldn’t make it clearer if they tried… 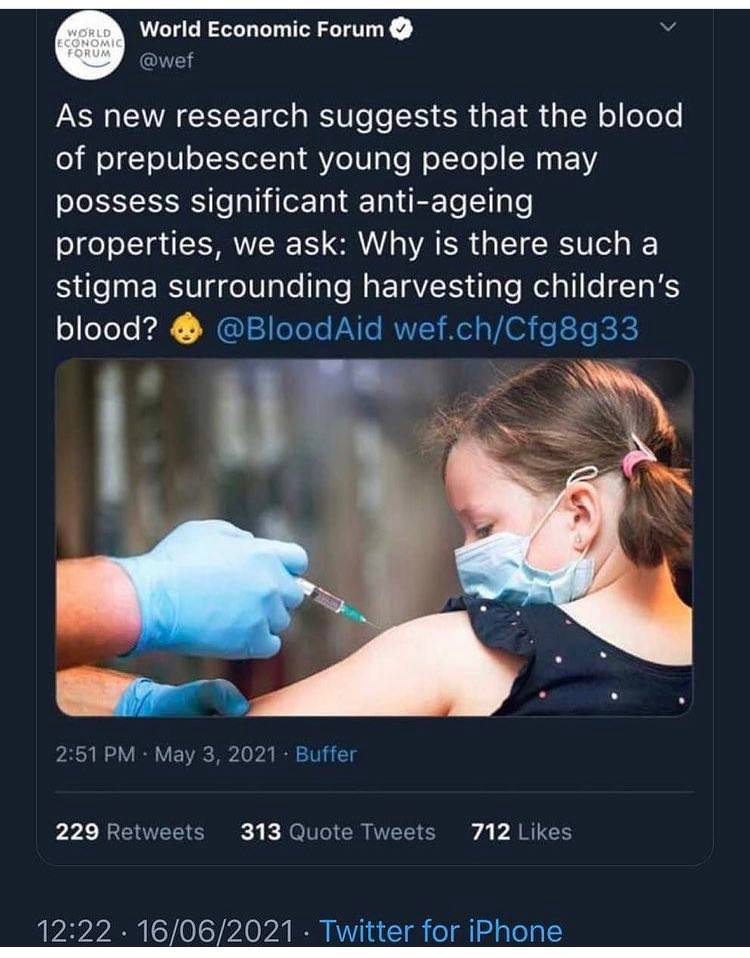 And finally the accidental killing of Halyna Hutchins on the set of the film ‘Rust’. 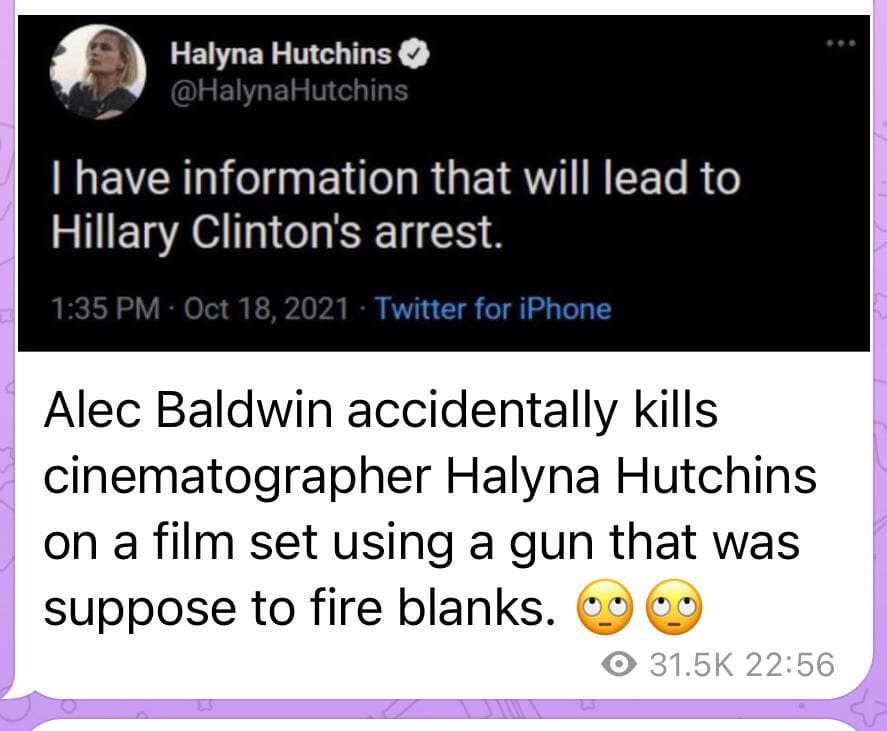 Firstly, we have the alleged tweet (since removed) saying that she had news that could lead to the arrest of Hilary Clinton.  I can’t confirm this at all but her husband was, apparently, a lawyer working on Hilary Clinton’s team.

Then there is the Red October twist because life is always stranger than fiction. 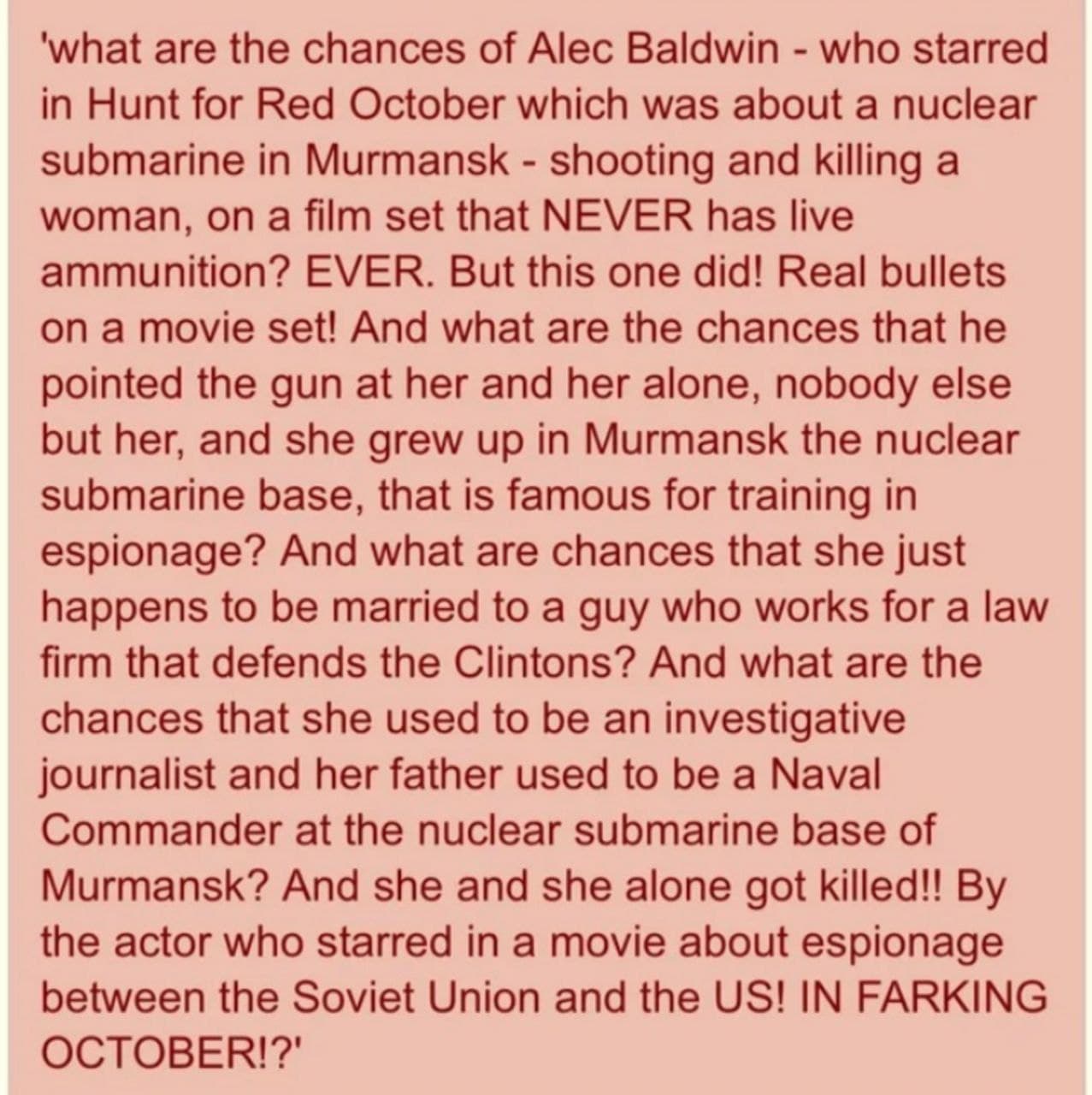 Satanists are really into ritual killings especially if blood is spilled on sacred ground.

I can’t prove anything here – the mainstream media are also busy saying “Move along now – nothing to see here” but I note that the MP David Amess was also killed in a church – which happened to be where he held his surgery.

Page load link
We use cookies on our website to give you the most relevant experience by remembering your preferences and repeat visits. By clicking “Accept All”, you consent to the use of ALL the cookies. However, you may visit "Cookie Settings" to provide a controlled consent.
Cookie SettingsAccept All
Manage consent

This website uses cookies to improve your experience while you navigate through the website. Out of these, the cookies that are categorized as necessary are stored on your browser as they are essential for the working of basic functionalities of the website. We also use third-party cookies that help us analyze and understand how you use this website. These cookies will be stored in your browser only with your consent. You also have the option to opt-out of these cookies. But opting out of some of these cookies may affect your browsing experience.
Necessary Always Enabled
Necessary cookies are absolutely essential for the website to function properly. This category only includes cookies that ensures basic functionalities and security features of the website. These cookies do not store any personal information.
Non-necessary
Any cookies that may not be particularly necessary for the website to function and is used specifically to collect user personal data via analytics, ads, other embedded contents are termed as non-necessary cookies. It is mandatory to procure user consent prior to running these cookies on your website.
SAVE & ACCEPT
WFA UK Disclaimer

The WFA UK provides links to information and organizations who share our values. Please do your own research before following any advice. We do not endorse any organization, medical advice or political party. If you have concerns about any links, please email us.