The Greek section of World Freedom Alliance participated in the Northern Light Convention, Malmo 13-15 May 2022

In an environment of medical dictatorship and multi-fragmentation of the resistance, WFA Greece described the necessity and the basic principles of a direct democracy proposal 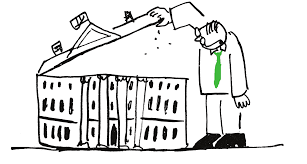 At Easter in 2021, in the heart of the first lockdown, the following discussion was held by the activist group of the World Freedom Alliance under the direction of Henna Maria.

One present-day phenomenon that Marx (as far as I know) did not foresee was medical dictatorship, i.e. today’s global reality. It was however allegedly foreseen by one of the founding fathers of the American Constitution, Benjamin Rush. Rush was a participant in the Constitutional Convention but encountered the disfavor of George Washington. This may have been a contributing factor to the failure of his proposal to extend the constitutional guarantees on freedom of religion to cover medical freedom also. And today the world is experiencing a medical dictatorship, accompanied by censorship of a severity previously unknown in the United States and other “advanced” Western industrial countries. A useful starting point for understanding the dynamics of this, starting from the USA, is the 1948 Smith-Mundt Act, which aimed at regulating State Department policy for promoting and defending the United States and its priorities in Europe and the rest of the world. One feature of the Smith-Mundt Act was its provision banning the publication to American domestic audiences of content approved for dissemination in other countries. Opposition to this aspect of Smith-Mundt sometimes took the form of disapproval of “censorship”, specifically of American audiences not being entitled to see and hear what foreigners had the “right” to see and hear. But it seems that a key consequence of the abolition in 2012 under Obama through the Smith-Mundt Modernization Act (HP 5736) of the distinction between foreign and domestic audiences, was an explosion within the United States of the kind of disinformation familiar from American propaganda aimed at other countries, particularly poor countries and Communist countries. This is the nasty underside of America’s constitutional principle of “freedom of speech”. 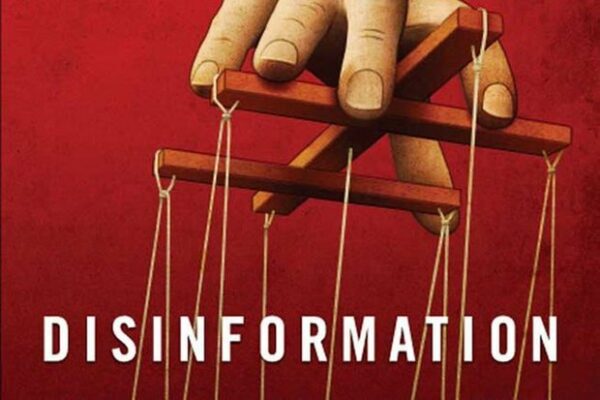 Are there prospects for an alternative and less ridiculous epicentre for European Union policymaking emerging in Eastern Europe? One impediment to the proper functioning of the present system is the mass media and mass politics. The perennial debate, starting in ancient Greece, between democracy and oligarchy (also called democracy and aristocracy) morphed in the twentieth century into a debate between democracy and socialism – “democracy” was stigmatized as much in the 19th century as socialism was in the 20th – or democracy and communism. The “solution” that had previously been posited as an answer to the problems and dysfunctions of democracy, namely restrictions on the franchise, usually on the basis of property ownership, could not persist into the era when the American and French Revolutions had acquired ideological hegemony, at least in the “advanced” world. Elite rule was more and more obliged to resort to deceit, not necessarily underwritten by religious mythology but sometimes depending mainly on secular misinformation, supplemented when necessary by violence.

Since 2020 and the dramatic and sudden emergence of the “Great Reset”, the existing deceit, censorship and violence have been exposed as not going far enough to satisfy those pushing for a “new normal”. It is therefore up to people who are normal in the old sense to sideline the remedies now being imposed by those with established power, and perhaps in some cases with good intentions of the kind that pave the road to hell.
The proposed alternative would aim at freeing the European Union legislature from the deformations of mass politics and the mass media, or at least having this available as an option. It would be powered by active citizens, not by universal suffrage and the mass electorate. A choice of Romania as potential home for it is motivated by more than one consideration. For a start Romania, while Eastern in religion (Orthodox Christianity) is in many other respects Western. Its language is latinate, with its roots in the Roman legions that give the country its name. Its links with the emergence of the Western European Enlightenment in Eastern Europe are strong. The academies of Bucharest and Jassy became major centres of Enlightenment in Southeastern Europe. Pioneer and forerunner of Greece’s 1821 revolution Rhigas Velestinlis (Rigas Feraios , 1757-1798), though born in Thessaly in present-day Greece, pursued education and fortune not only in the Ottoman capital, Constantinople, but also in the Danubian principality of Wallachia in today’s Romania. He diligently built ties with local liberal French intellectuals and diplomats. Even under Communism Romania resisted centralizing pressures. During the Cold War they came from Moscow. Nowadays they come from the European Commission. The “ringleader” of European Parliament defiance of the Commission’s vaccine mandates is the Romanian Cristian Terhes.

To be truly alternative, a putative Europarliamentary second chamber (in Romania or anywhere else) would have to be rigorously free from mediated input. Journalists would have to become for it what Catholic priests became for the Protestant Reformation. Communication between political representatives and each other, and with their base, would have to be direct, and compliance with this would have to be policed. Infringement would have to be subject to judgement by a court, and offenders given the choice, if they wished to remain in politics, to revert to politicking in the conventional, mass-political and mass-media way. The politicians of the second chamber would be required to behave in the way that civil servants in a properly functioning Westminster democracy were supposed to behave. Politicians under Communism were supposed to behave that way also.

It has been suggested that a rule of consensus should be implemented for decisions by the second chamber. This could have an important disciplining function because failure to reach consensus would undermine the credibility of the second chamber and increase the probability of the mandate reverting for the following period to the mass-politics “first chamber”. Any detected attempt to influence the position of a second-chamber politician by any means other than reasoned argument could result in the consignment of all persons concerned – at a minimum – to the other chamber, where such behaviour has a prehistory.

The question of which Europarliamentary chamber would have actual power and which would exercise an advisory function could be decided through a periodic referendum. The two-chamber structure could be replicated as far as possible at every level: pan-European, national, regional and local, and the result of the pan-European referendum could be subsequently challenged at every lower level if required. It should be enforceable at that level also but not overall, prior to the next Europe-wide periodic referendum.